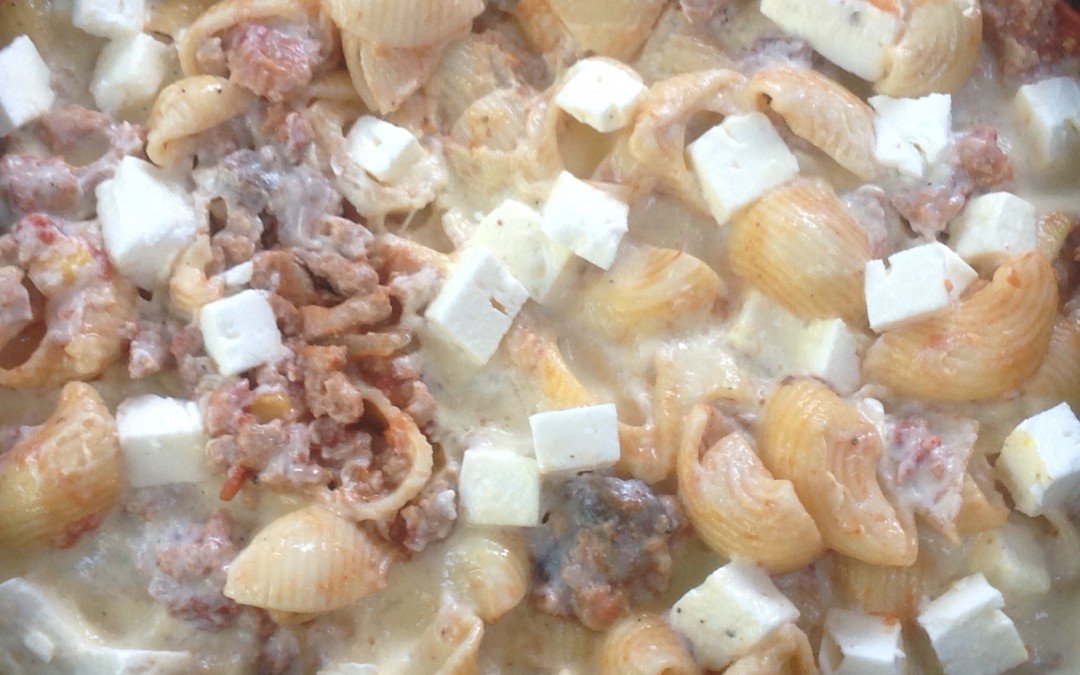 I made a recipe from this months Slimming World magazine yesterday. A classic Greek dish, Pastitsio. It’s supposed to feed four, but when I went to layer it up in a four portion dish, the dish was nowhere near big enough. I had to decant it and it made ten, yes, ten, portions!

So, although the ingredients aren’t cheap ones, as it made so much, I wondered if it would cost up. Let’s go through the process.

The original recipe used beef mince, but I didn’t have any, so I used the turkey. I substituted a value can of tomatoes for 500g onion and garlic passatta. I used some posh pasta from Approved Food that I have lots of.

Let’s see if we can reduce that 71p a bit. We’ll substitute the eggs and yogurt with a cheesey sauce, and use half the amount of feta.

To make this batch of Pastitsio
Chop and sauté the onion in a little oil. Add the mince and fry until browned. Add the garlic and fry for a minute or two. Add the tomatoes and purée. Simmer gently for half an hour to deepen the flavour. This can be done in a slow cooker to save fuel. If you have any herbs available, add 2 tsps of dried or a tblsp of fresh, fine chopped.

Cook the pasta in the usual way.

Make a paste with the flour and some water. Heat the milk gently and whisk in some of the flour paste and allow to thicken, whisking all the while to avoid lumps. Continue until the sauce is thick enough. You may need more flour. Turn the heat off and add the cheese which has been grated. Stir it in until it’s melted. Now season the sauce well with salt if it needs it, some pepper, mustard if you like.

Now, layer up. Mix the cheesey sauce with the pasta. Get your dishes ready and put half the pasta in the bottom. Top with the meaty sauce. Put the other half of the cheesy pasta on top. Scatter over the chopped feta. You could leave the feta out to save another 6p a portion.

This is substantial enough to have just on its own, or serve with a few vegetables on the side, or a dish of salad dressed with a little vinaigrette.

Change the turkey mince back to beef mince, as in the original, or use pork mince. Add a few more vegetables to the mince mixture, some tinned sweetcorn, a few chopped carrots, a few mushrooms, that sort of thing.

Great for a party, or batch bake for the freezer. If I’d known it made this much, I would have halved the recipe! 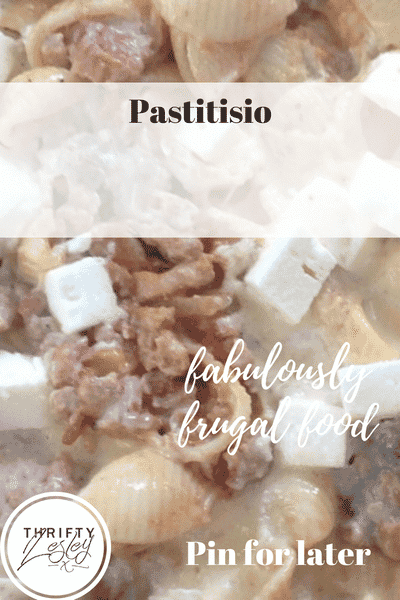