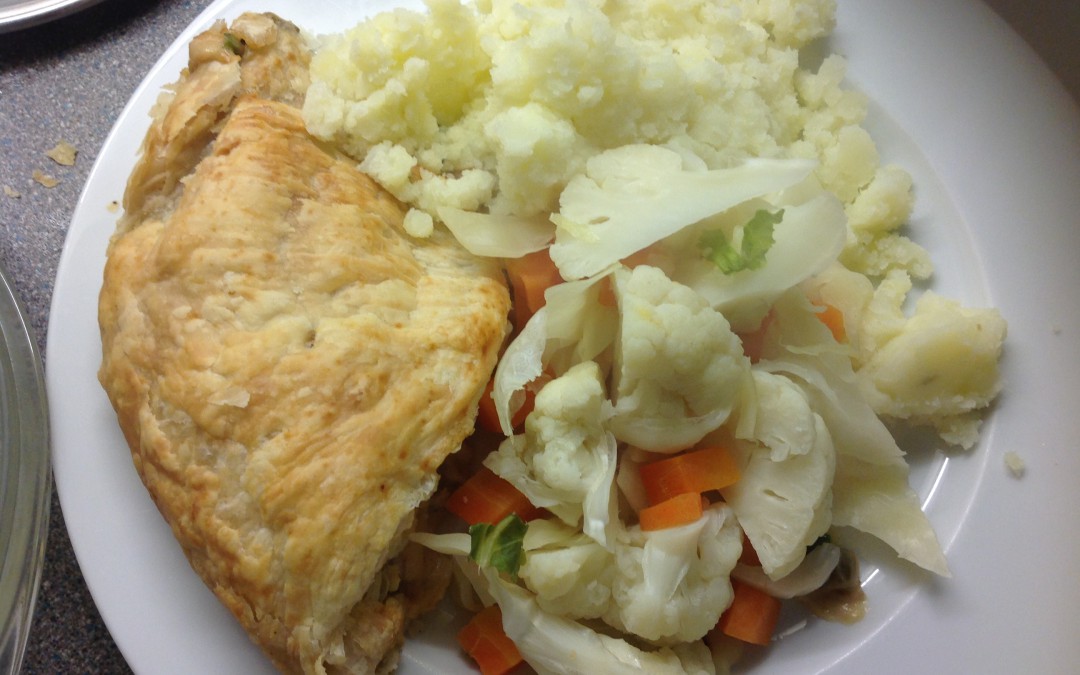 This recipe is one of those extremely variable ones. You can bake this as a pie, or steam it as a pudding and change the filling in a great many ways. This version costs just 32p a serving, including all sides

Sauté the onion in the 5ml of oil until soft.   Mix the 15g flour with 100ml water and add to the pan. Stir around until thickened. Season, but be light handed with the salt as you will be adding the bacon. Stir in the chopped bacon and sweetcorn.  Leave to cool a little.

Make the pastry. Put the 50ml oil and 100g flour in a bowl and add about 50ml water bit by bit until you have a soft dough.  How to make pastry using oil hints

Roll out half of the pastry and use to line a flan dish etc  big enough for two portions.  Pile in the filling mixture and top with the remaining pastry.

Meanwhile cook and mash the potatoes and cook the peas.

Serve with the mashed potatoes and peas.

For a real blow out Sunday lunch, follow with Baked Marmalade Sponge

If you have some, gravy would go well with this.

If you like things like steak and kidney pudding, it would be worthwhile trying this cooked in that way. Instead of using a flan dish, put two thirds of the pastry in a one pound pudding basin, pile in the filling and top with the remaining pastry. Cover tightly with a lid or a double layer of greaseproof paper tied round the top of the basin tightly with string, and steam for about 2 hours. Can be done in a slow cooker to save fuel.

This is a good base for a pie and once you have mastered it,  it has many variations. 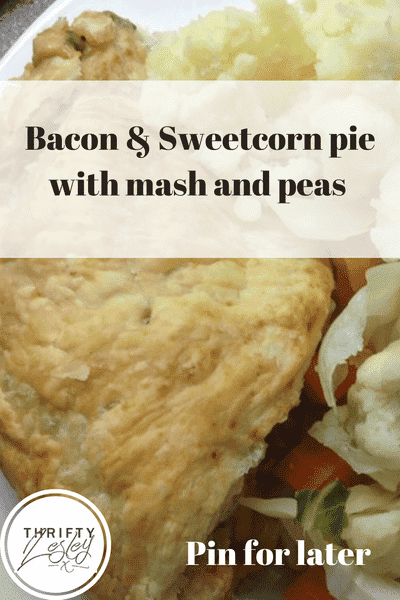 This is from Meal Plan 1, a complete 7 day plan for 2 adults. Contains 3 meals a day, plus snacks, all recipes and a shopping list