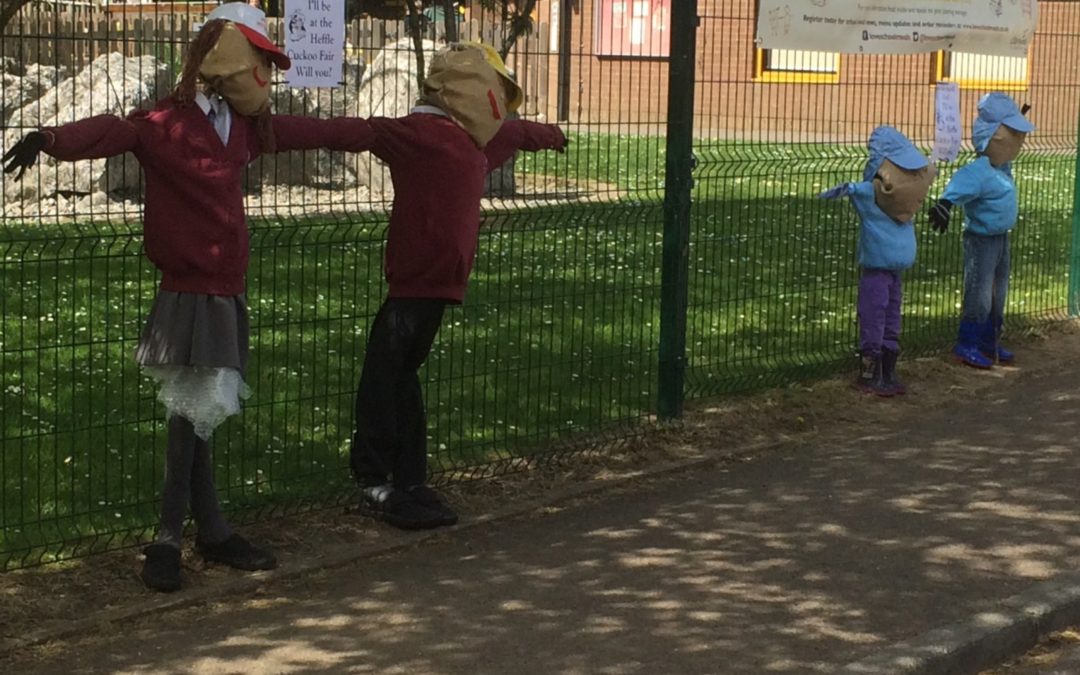 How to make a cake with just 3 ingredients, or maybe even 2! For when the SHTF?
Easter Fun, Easter Eggs and half price posh chocolate

Although I’ve been cutting back on the things I do, this week in the month is a busy one.

This Monday was Easter Monday of course, so a bit different one to usual.

On Tuesday it was the monthly U3A meeting. This week we had an apiarist as the speaker. I first saw Michelle at a WI speaker selection meeting. During her allocated few minutes, one of the audience was taken ill and collapsed. After all the necessary fuss had died down, Michelle was asked to continue where she had left off. And she did, seamlessly. She is passionate about her subject, speaks without notes and holds her audience in the palm of her hand. She is a lovely lady and I could have listened to her all afternoon. Michelle is looking for more engagements, so if you are in the South East and looking for a brilliant speaker, give her a call. She can be found on michelle@thelittlehoneybeecompany.co.uk, www.thelittlebeecompany.co.uk, and 07906 228 929

As I was walking up to the meeting, I came across these scarecrows. For a second, out of the corner of my eye, I thought they were real children tied to the railings!

At this time of year, scarecrows crop up all over the place. On Saturday, we have the aannual Heffle Fair. Heffle is an old fashioned word for Heathfield and each year a symbolic bird is released to welcome the spring. There are lots of stalls, I bought a beatiful and unusual necklace there one year. There are also quite a few vintage cars to look at, live music to enjoy, lots of lovely food stalls and a scarecrow competition. It’s  a good day out. We walk there, so we even get some exercise in. 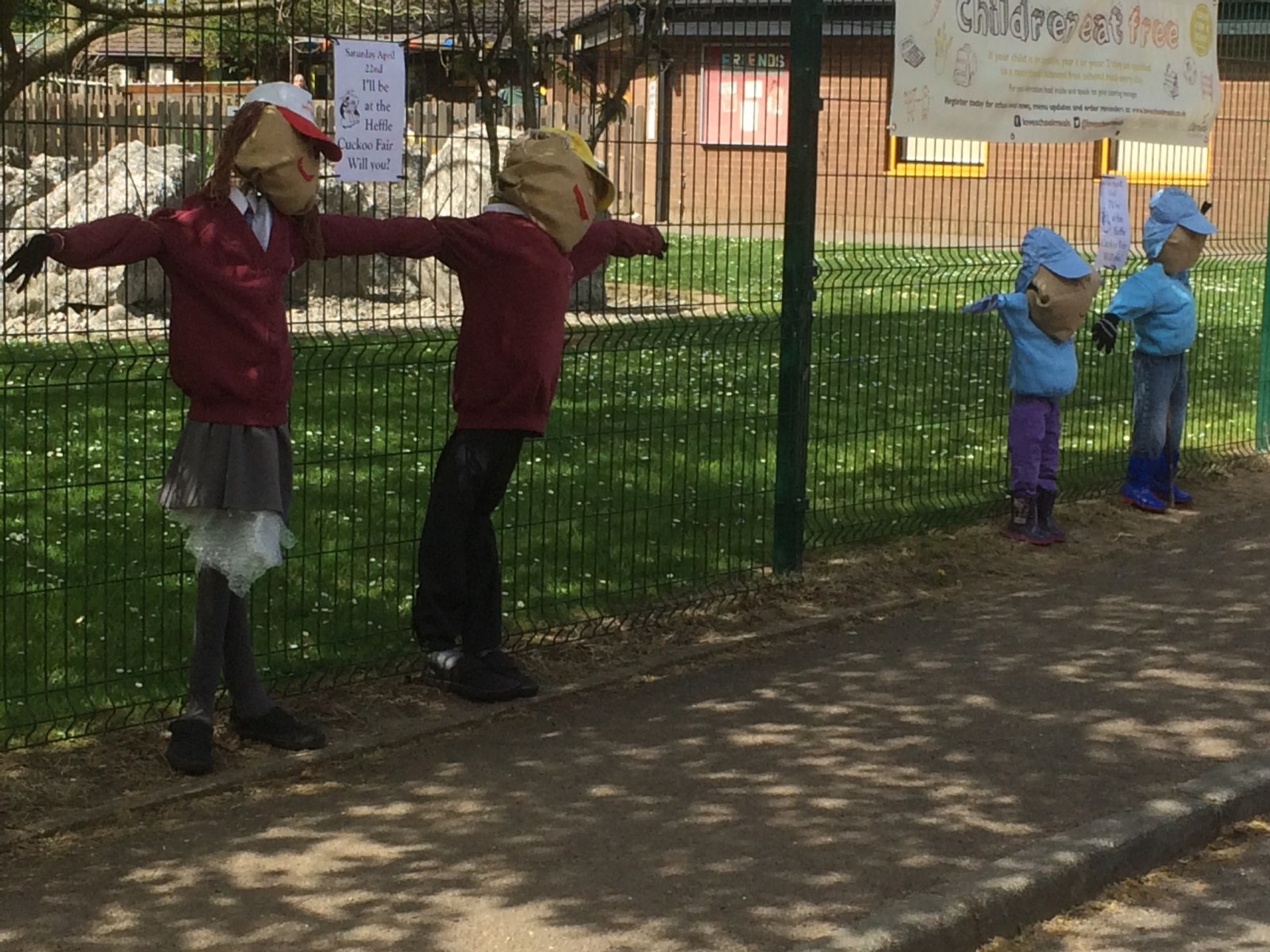 On Wednesday this week, it was a particularly busy one. In the morning, I had my lovely lash extensions topped up. They are an expensive indulgence and I love them. In the afternoon, it was WI book group. I rocked up to my friends house at about 1:50 for a 2pm start. Unfortunately, the meeting was supposed to be at 2:30! Awkward

We read Ken Follets Fall of Giants this month. The book is the first of a trilogy and follows several families through the buildup to the 1st world war, and throughout the war. I could have done without quite such detailed accounts of troop and armaments movements, but I enjoyed it enough to buy and read the second one in the trilogy as well.

The first in Ken Follett’s bestselling Century Trilogy, Fall of Giants is a huge novel that follows five families through the world-shaking dramas of the First World War, the Russian Revolution, and the struggle for votes for women.

It is 1911. The Coronation Day of King George V. The Williams, a Welsh coal-mining family, is linked by romance and enmity to the Fitzherberts, aristocratic coal-mine owners. Lady Maud Fitzherbert falls in love with Walter von Ulrich, a spy at the German Embassy in London. Their destiny is entangled with that of an ambitious young aide to U.S. President Woodrow Wilson and with two orphaned Russian brothers, whose plans to emigrate to America fall foul of war, conscription and revolution.

In a plot of unfolding drama and intriguing complexity, Fall of Giants moves seamlessly from Washington to St Petersburg, from the dirt and danger of a coal mine to the glittering chandeliers of a palace, from the corridors of power to the bedrooms of the mighty. 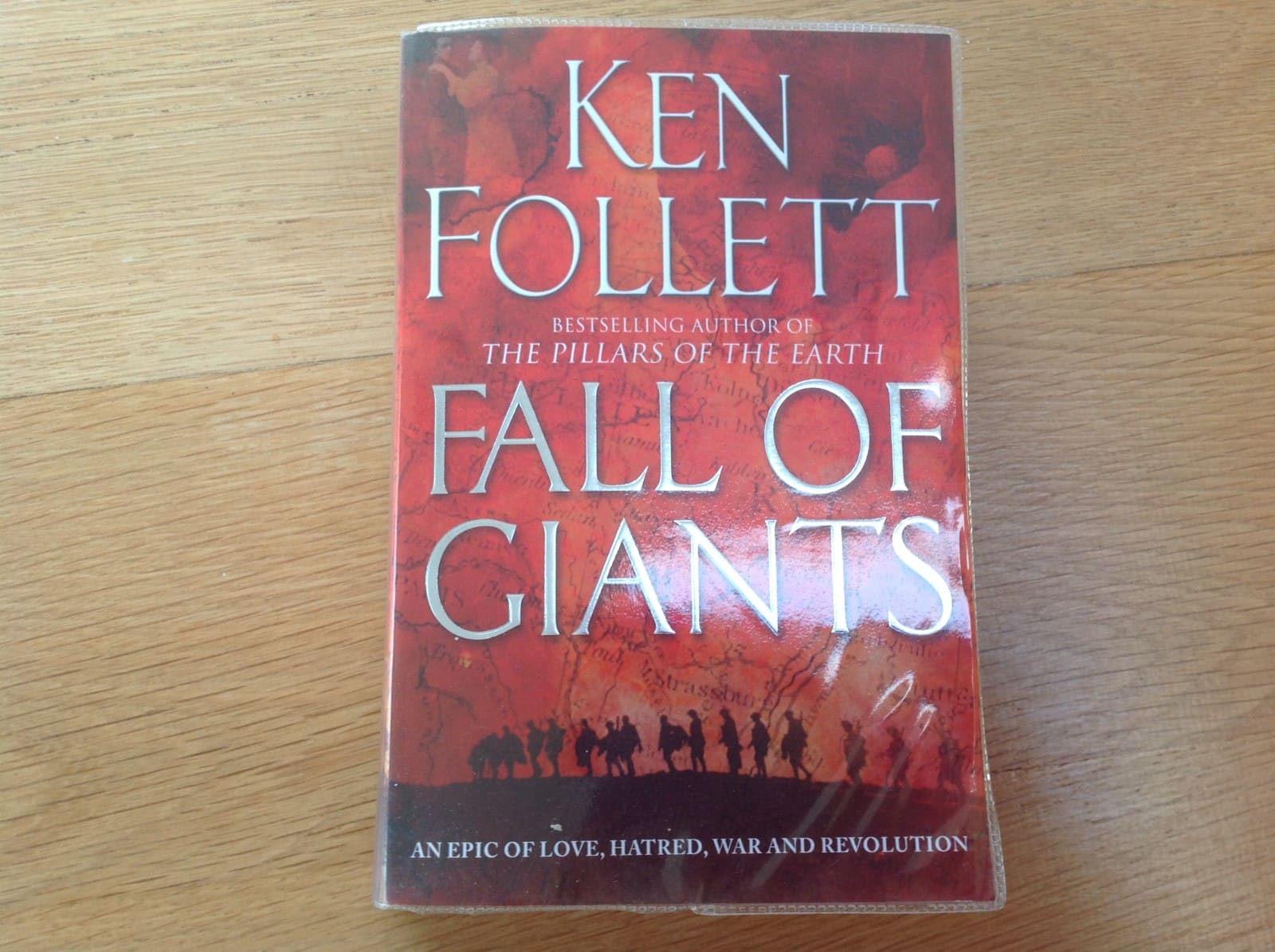 The second volume follows the same families through the build up and throughout the 2nd world war and the characters are the children of the original people we followed.
. 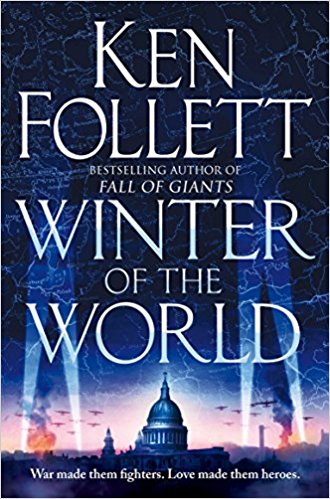 .
I’ve now bought the third one, and the families are now on the grandchildren of the original people. I’m loooking forward to diving in! They are enormous doorsteps of books, but I like that as it gives the author plenty of room to develop plot and characters.
.

Then in the evening, it was down to Bexhill, to give a Thrifty Lesley demo to my daughters WI. They are a lovely bunch of ladies and I had a right laugh. I made them gasp a couple of times though! The first time, was as I was lighting the double burner camping stove, and quipped that one time during a demo, I had set off the fire alarm as I had let a frying pan get too hot. The committee had just been talking about how close the alarm was to me!

The second time was when I was making a chicken curry and was telling them about Approved Food and read off the best before date from the coconut milk packet – June 2014. They liked the curry though, so I think they got over it 👍

On Thursdays this week in the month, I go to a U3A Science group and a book group.

The science group meeting was fantastically interesting this month. The meeting was lead by an industrial chemist and we talked about chemical bonding. He knows extraordinary amounts about his subject and I loved it. I always leave those meetings buzzing!

The book group was discussing The Book Thief. I just skimmed it this time as I have read it twice before. It’s  a good book, and I watched the film version of it which was on telly recently. If you haven’t already, it’s well worth a read. There is a lot of intimacy in the relationships portrayed and the characters are beautifully drawn. The main protagonist, Liesel, starts off unable to read. Her new foster father teaches her and she gets great comfort from the books she ‘borrows’ from the local burgermeisters wife’s. 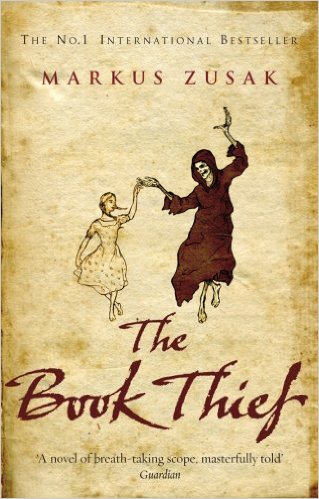 Amazon says –
1939. Nazi Germany. The country is holding its breath. Death has never been busier.
Liesel, a nine-year-old girl, is living with a foster family on Himmel Street. Her parents have been taken away to a concentration camp. Liesel steals books. This is her story and the story of the inhabitants of her street when the bombs begin to fall

I was supposed to be fasting today, but I completely forgot to do it! I think it was because it was bank holiday Monday and it’s thrown me out all week, I keep getting the day wrong. I’ll  have to do it tomorrow instead.

I was intending to put the three ingredient cake recipe in this post. But I’ve waffled on about so many other things that I think I’ll do a separate post for it tomorrow. I don’t want the recipe to get lost amongst the waffle
.

How to make a cake with just 3 ingredients, or maybe even 2! For when the SHTF?
Easter Fun, Easter Eggs and half price posh chocolate