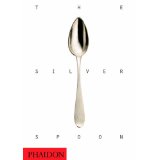 Goodness, how December has whizzed past, we’ll be talking leftovers in no time at all. Are you all ready now? I’m off in a bit to wrap a couple more little presents and we’re as good as there. Went up to Hackleton, a little village near Newport Pagnall to see my Mum and sister yesterday, set off early and got back late. Lovely to catch up. Then off to DD1 tomorrow, then stockings up in the evening, ready for the big day itself.

So here it is, the final recipe for the Christmas Meal Plan.

This basic recipe is taken from The Silver Spoon, the Italian version of Mrs Beeton. There are several versions available on Amazon, this is the version I have. Because I refreshed my memory of the recipe from this book, I have tweaked the meal plan quantities used a little. I had set aside a bit too much flour for this recipe, and no egg.

Peel and boil the potatoes for 10 minutes or until cooked through. Mash very thoroughly, no lumps wanted here. Don’t add any milk.

Stir in half the egg, (use the other half in something else) the flour and a pinch of salt. Knead to a soft, elastic dough. Don’t add any more flour while you knead the mix.

The proportion of flour to potato is important here. If too much is added, the gnocchi will be hard and unpleasant. Skimp on the flour and they disintegrate in the cooking water when you try and cook them. So stick with the quantities given and you should be fine.

Divide the mixture into two, and roll each half out with your hands to a long sausage about an inch thick. Now cut each sausage into 3/4 inch pieces and press the back of a fork into them to make the characteristic pattern. Place them on a baking tray lined with cling film or baking parchment, they get very sticky as they stand.

You can now leave them and cook them later, or freeze them. If you do freeze them, make sure you keep them separated until frozen or they will be one big, sticky lump.

When you are ready to cook them, bring a saucepan of water to the boil and add a little salt.

Just before you cook the gnocchi. Chop the pork up small, and crisp it in a pan with little bits of stuffing. If you have any butter and/or garlic available to cook the pork in, it will all add to the flavour.

Drop half a dozen or so in the water at a time and simmer gently for a minute or two until they bob to the surface, when they will be done.

Now serve them up and top them with the crispy pork and stuffing.

I did a gnocchi recipe earlier in the year, using dried potato, and that post has lots of different suggested variations