Some freebie fruit, lucky me

Progress today in the kitchen
Using up stale focaccia at breakfast, cherries, lovely ripe cherries, and a pot wot I painted

Had a fasting day today, so am starving. Really looking forward to breakfast tomorrow. 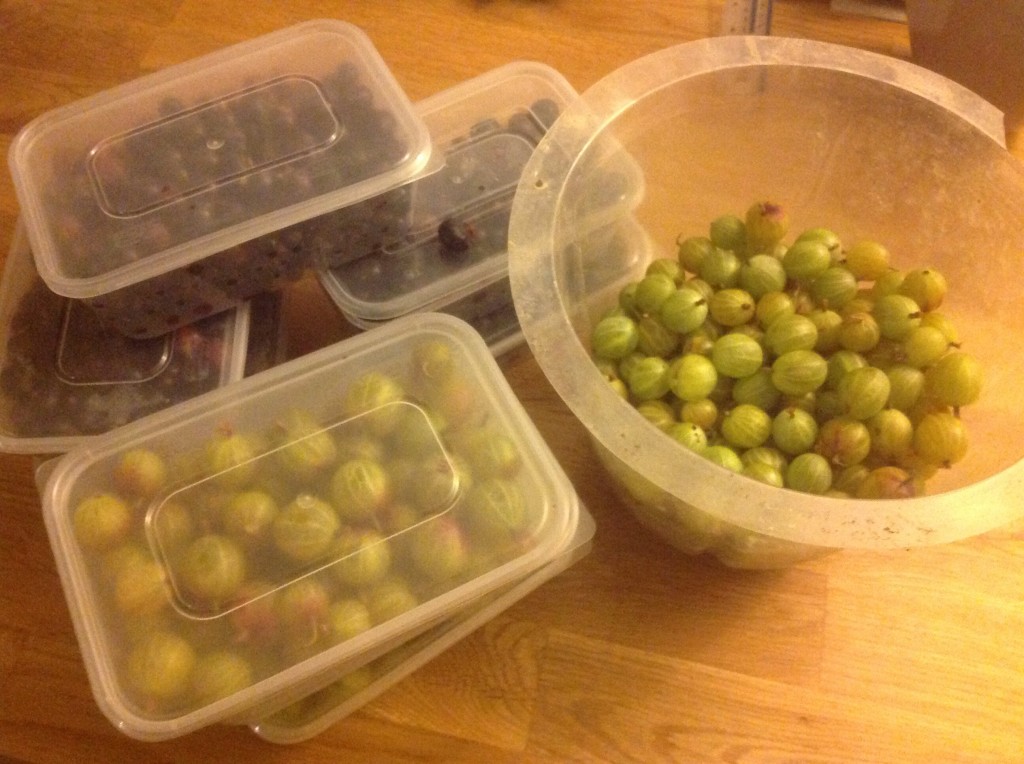 Spent the afternoon at a friends. She has a garden that is big enough for a small holding and asks me round to pick blackcurrants because she doesn’t get round to using them herself. So I have boxes of them now to process tomorrow. I shall make compote to have with yoghurt for breakfast, DP loves blackcurrant and apple crumble and I may even mix them with soft cheese and make a tart filling with them.

Still, I am very grateful, I have loads of gooseberries too now. Lovely. I took her a jar of home made piccalilli which she was very pleased with.

Apologies for the rubbish picture. I forgot to take it until it was dark. There are actually 5 boxes of blackcurrants, and 3 boxes and the upturned cloche of gooseberries. So LOADS, lucky me.

By the time I got back home, it was nearly 7:30, no wonder my stomach was rumbling noisily. It hadn’t been given much all day, and now I was delaying what little dinner there was. It’s just gone 11pm now and I’m off to bed before I start gnawing on the kitchen doors.

Progress today in the kitchen
Using up stale focaccia at breakfast, cherries, lovely ripe cherries, and a pot wot I painted