Late nights, coming crops and what to put in next

Sardines on Toast, from 38p, and most of the Omega 3 you will need for a week
A reprise on semi-freddo, and lots more flavour ideas

It was a very late night for early to bedders like me, who also like football. I was up until the small hours watching England play their first match in the World Cup. It was as tortous as I thought it would be, and I’ve been drooping around all day as a result of my late night. My poor brain didn’t know what was going on and decided to stay awake for another couple of hours just to make sure everything was alright…doh!

Wimbledon soon too. I don’t really watch much tennis the rest of the year. But Wimbledon fortnight? I’m glued.

Did a Fitstep workout at 9am Saturday, it was flipping hot, even at that time. I’m glad I went as I really need the exercise, I’m really not that fit at the moment and if I hadn’t gone to a class, I probably wouldn’t have actually got round to doing anything else. Dripped my way home and jumped straight in the shower. 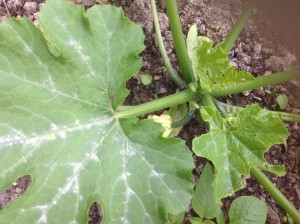 The courgette are just starting to produce fruits, although one of the plants had the centre of it eaten off by a slug. I caught the blighter and am hoping the plant will recover. 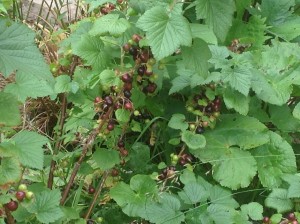 The blackcurrant is weighted down with big fat fruit and the new raspberries will produce a few this year.

The asparagus still didn’t produce much this year. Hope they do more next year or I may have to rethink. We don’t have enough space to keep things that don’t produce well. 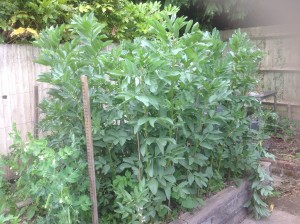 The broad beans will be cropping very soon. Not sure what to put in after they have finished..what do you put in?

Sardines on Toast, from 38p, and most of the Omega 3 you will need for a week
A reprise on semi-freddo, and lots more flavour ideas