A long walk, lost keys and no mince pies 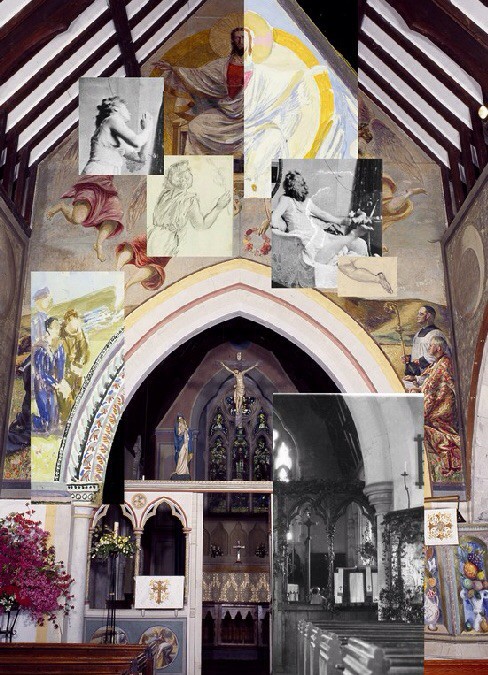 I was going to write today about how much cheaper it is to make mince pies, along with a couple of variations.

I was going to do it after getting back from a U3A walk, which was lovely. We went up onto the Downs, up some steep climbs (good for my fitness, which is pretty low right now!) the wind up there really blew the cobwebs away. It was a bit muddy after the recent rains, but not too bad. We walked 5.75 miles, up and down, down and up. We had a look round Berwick church when we got back, it has some lovely murals. They were done by some of the Bloomsbury group during the 2nd World War and are well worth a look. By this time it was after 2pm and I was really needing some lunch.

Then, when it was time to go home, I searched through the little rucksack I was carrying for the car keys. And searched. And searched. No, they definitely weren’t there, oh bum. I must have dropped them somewhere on the walk. What a complete pain. Very fortunately, I was with a group of people who were able to give me a lift home, where I had to fess up. Then drive all the way back down there again to pick up the car using the spare key (lucky we had one).

So by the time I had done all that, had something to eat – at last! – started sorting out dinner and done a couple of chores, it was too late to start writing about mince pies.