A lovely day in the sun 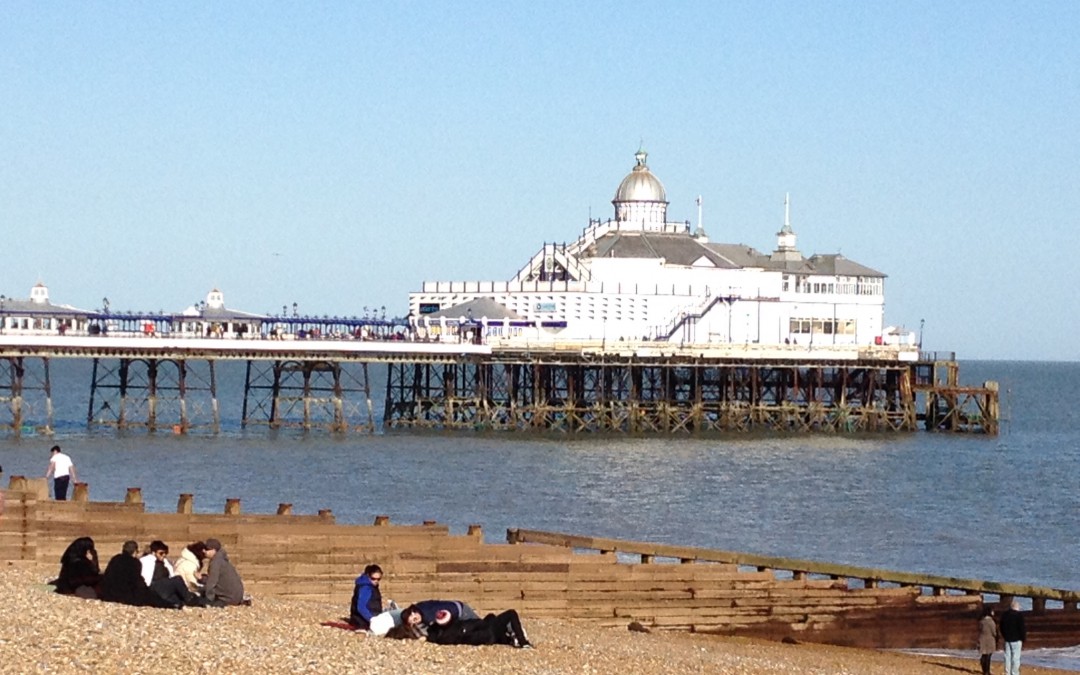 It was a beautiful sunny day this morning, so Mike and I went off to the coast for a walk. We parked up at the swimming pool end of the Eastbourne front and walked all the way to the other end. If you don’t know Eastbourne, that’s a flipping long way, several miles!

When we were almost there, we met some old friends, out with the aged parents for a stroll. So we all enjoyed a coffee at the cafe right at the end of the front and a good old catch up, sitting in the sun. Warm, early spring days are extra special, like warm late autumn ones.

Once we’d finished our coffee, we walked part of the way back with them, bid a fond farewell, then went our separate ways. We walked all the way back to the other end again. My goodness, I was footsore by then. My Fitbit reports that I had done 19,126 steps today, or 8.84 miles. 19,126!!! And burned 3,363 calories. Useful 😎

I had worn my favourite black ankle boots and the soles have worn rather thin. So my socks were rubbing my feet. I’ll see if the cobbler in Heathfield can stick a sole on the bottom and lengthen their life. Not sure if he can as they are those all in one jobbies, with the sole sort of built in.

The picture at the top is the Eastbourne pier.

On the way back it was late afternoon, so I slipped on my coat. I’d just been in a t-shirt until then, which is delightful in March.  Here we are on our way back. It looks like my head is twice the size of Mikes, but it’s just the camera angle, honest! 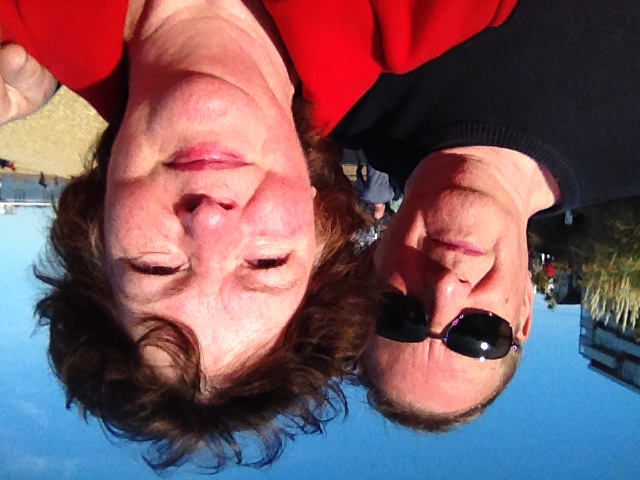 We passed very close to DD1’s house. I was intending to pop in and say hello, but my feet hurt, we were tired after walking so many miles. And starving. Sorry T 😳

The weather isn’t due to be so nice for the rest of the Easter weekend – what a  surprise! – but I’m hoping to be able to get in the garden at some point. I’ve sown some tomatoes and lemon grass and they’re in a heated seed tray on the window cill. Tomorrow, I want to put in some broad beans, leeks and radish. I grow some really good radish in a huge box in the greenhouse at this time of year, but can’t seem to get any more to speak of. It’s too hot in the greenhouse for a second box, and the slugs completely chew them to bits in the garden. Either that, or they go straight to seed, missing out the edible stage altogether. Or don’t come up at all. That’s quite common. I sow them, all hopeful, pat them in and label them carefully. Then go out to peer hopefully at the soil every day. The dark, very bare, soil. Carrot do that too. They don’t seem to like our wet clay soil much.

We were going to have roast lamb today, but didn’t get back in time to cook it, so it’s in the slow cooker now and we’ll have it tomorrow. What are you up to this weekend, and will you be having some lamb?

Don’t forget to put your clocks forward this weekend – another hour of daylight in the evenings. Lovely. I got up really early one day this week (couldn’t sleep) and the birds were singing at 5am, just before it got light. So, I, at least, will not be missing that hour of daylight between 5am and 6am. I’m not usually up that early!