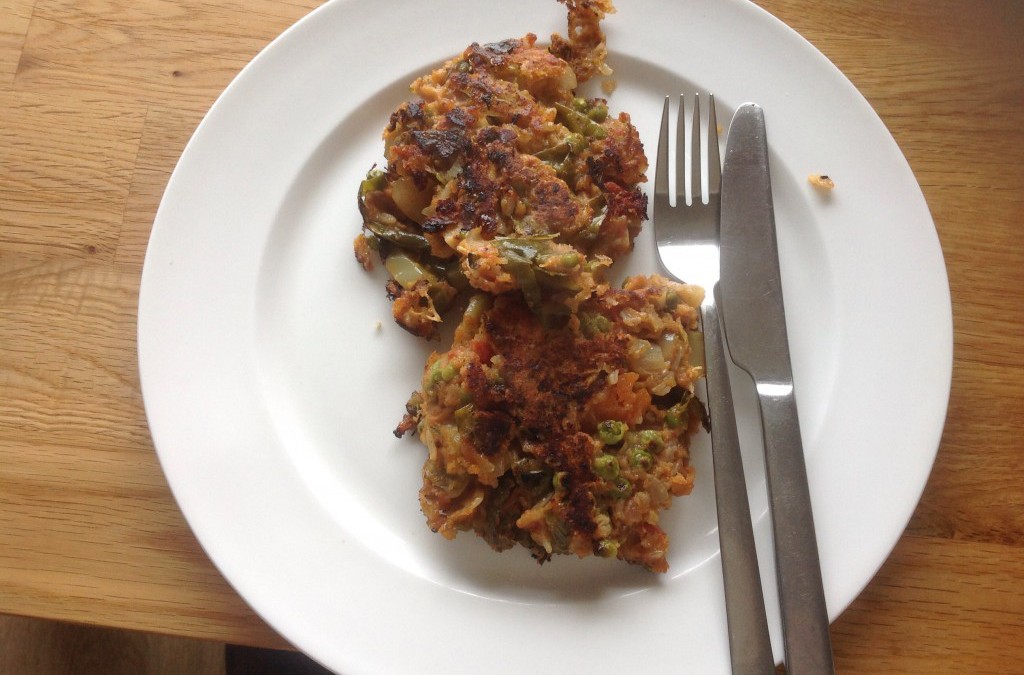 First up were these bubble and squeak pancakes this morning. I had made a curry a few days previously, including a side dish of some spring greens swooshed up with a few spices, tomato, garlic and ginger. They were lovely by the way, I love that dark green flavour.

So there was a teeny tiny bit of curry, a spoonful of brown rice, and a mug full of spicy spring greens. So I added 50g of whole meal flour and made three pancakes with them. They were very very yummy, I had a couple for breakfast. 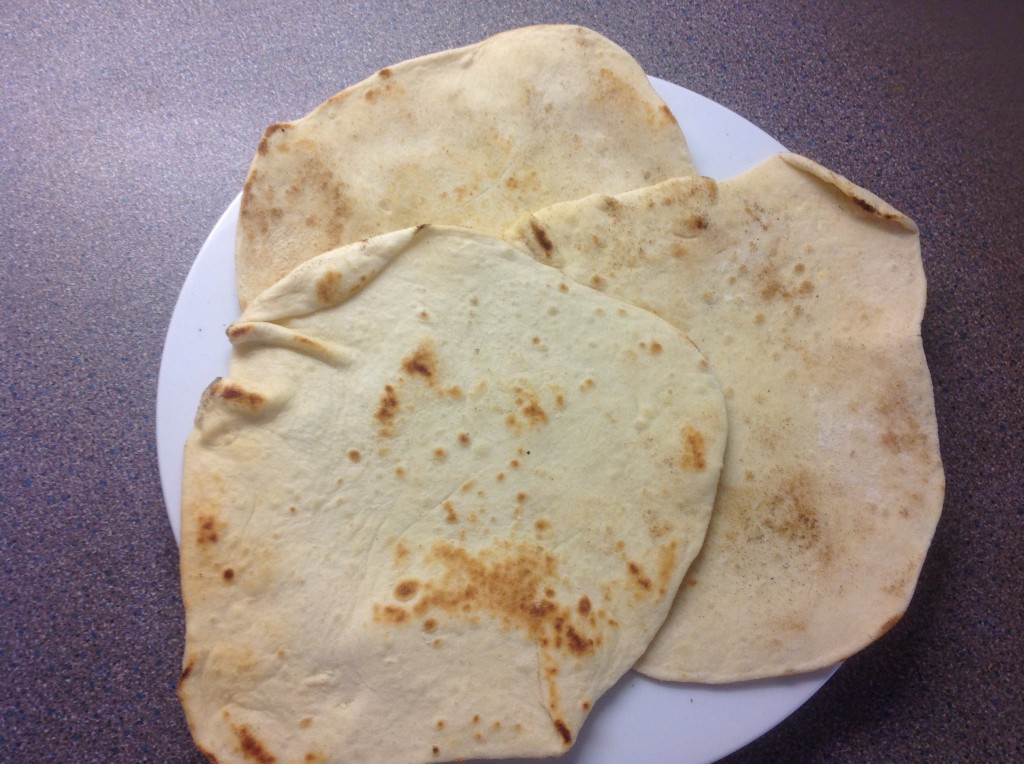 Then later on, I couldn’t resist trying out the tortilla recipe I mentioned yesterday. I made a third of the recipe as the whole recipe makes 16, and I didn’t want that many. As I wanted to try them straight away, I kneaded the dough until it was smooth – didn’t take long, I whacked it on the work top a la Paul Hollywood on Bake Off, then divided the dough into 4.

So just 2p each

I used just ordinary, value, self raising flour. No baking powder, as I used the s.r., and ordinary, cheapest veg oil.

Mix everything together to make a soft dough. Tip onto a work surface and work the dough until it stops being sticky and becomes silky. Or if you have time, just cover it and leave to itself for a few hours and the gluten will develop on its own. Or if you have a mixer, use the dough hook and mix for about 4 minutes.

When you are ready to cook them, divide the dough into 4 equal pieces. Heat a pan big enough to hold a tortilla, do not add any oil.

While the pan is heating, flour the work surface and roll out one of the pieces into a sort of circle about 6″/15cm across. When the pan is hot, drop the tortilla in and cook for about a minute until there are brown patches, flip over and cook the other side. The tortilla needs to be cooked through, just enough so that it remains tender.

Cooking these may be like pancakes in that the heat may need to be adjusted before you get it right.

I cooked the first one a little too long which made it a little hard when cooled. The other ones I cooked alright and several hours later, they are still soft and tender. I was really pleased with these. The extra fat seems to make all the difference. They are a beautiful texture and taste delicious.

The recipe author says they will freeze well, so it would be worth doing a batch when you have time, ready for when you need them.

Thank you so much Chris Scheuer for the recipe, it’s a cracker 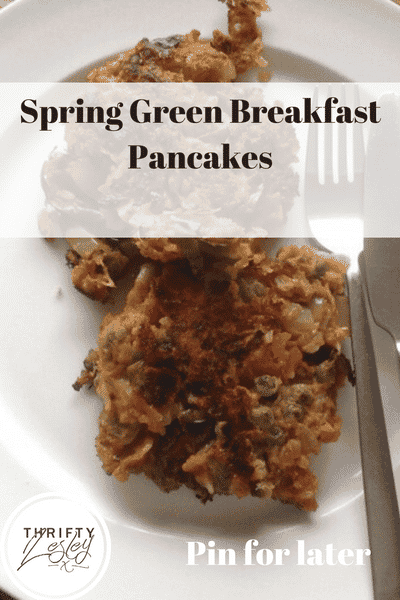