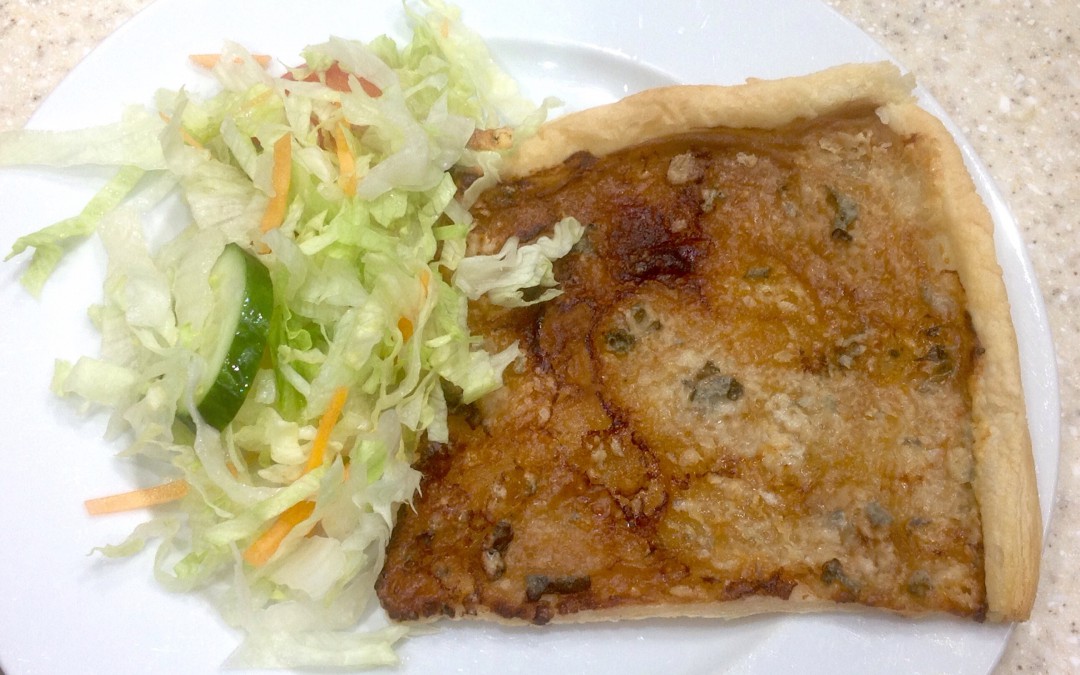 Couple of use it ups today, Roquefort tart and split pea soup.

Use it up meals, Roquefort tart and split pea soup. I was convinced I had blogged the split pea soup recipe before, but after extensive searching, I can’t find it, so I can’t have. It’s a pity as it is the simplest one I know, only needs 2 ingredients

But first, the Roquefort tart. I used some puff pastry from the freezer and rolled out a bit. Then spread some mild mustard all over it, sprinkled it with some cheese and baked. Super simple. 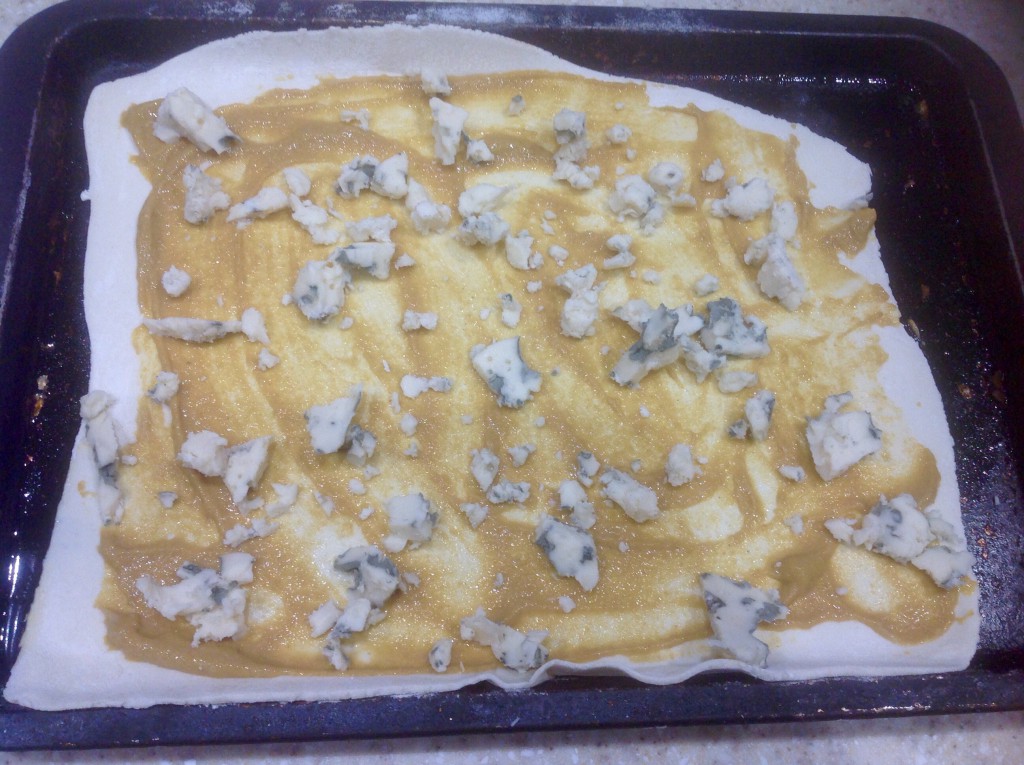 It puffed up beautifully, the cheese melted and spread out and it smelled awesome. 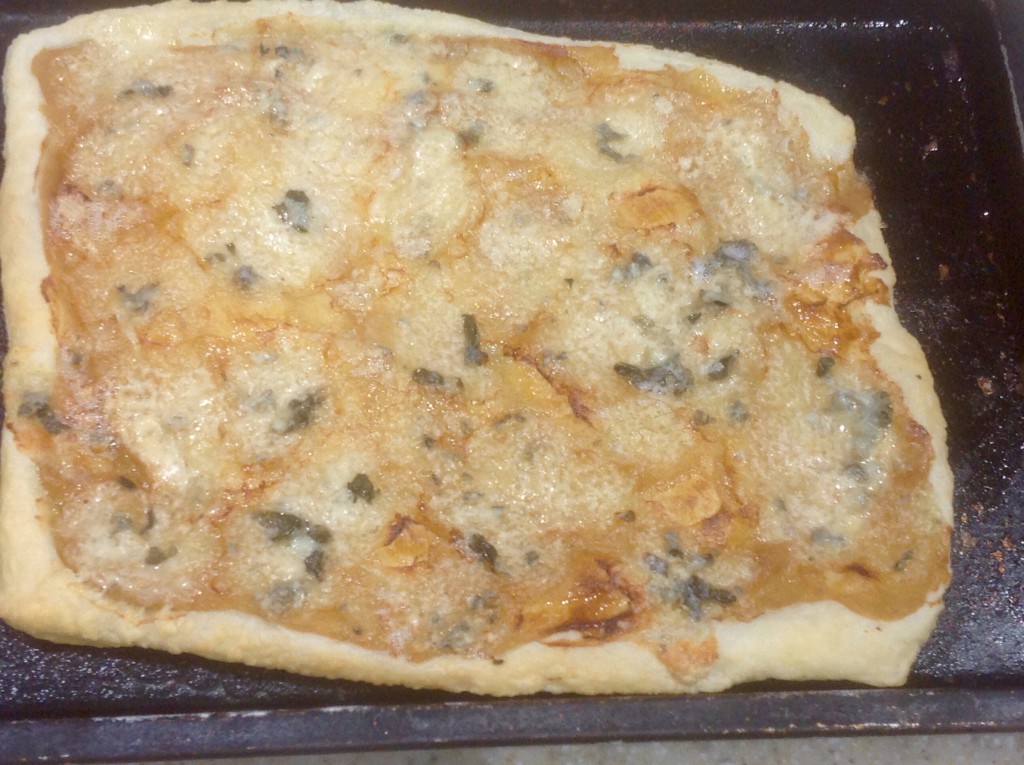 It needed a little more cooking really, so after trying some, it was popped back in for another few minutes. Cooking strong blue cheese this way makes it taste mellow and very different to the uncooked flavour.

This was plenty to serve two and only used tiny amounts of cheese. It still wouldn’t be exactly low fat tho due to the puff pastry. So to health it up a bit, I made sure I had some veg with it. Another time, I would have a salad of grated carrot, salted nuts and raisins, or sliced cucumber drizzled with a tiny bit of vinegar. 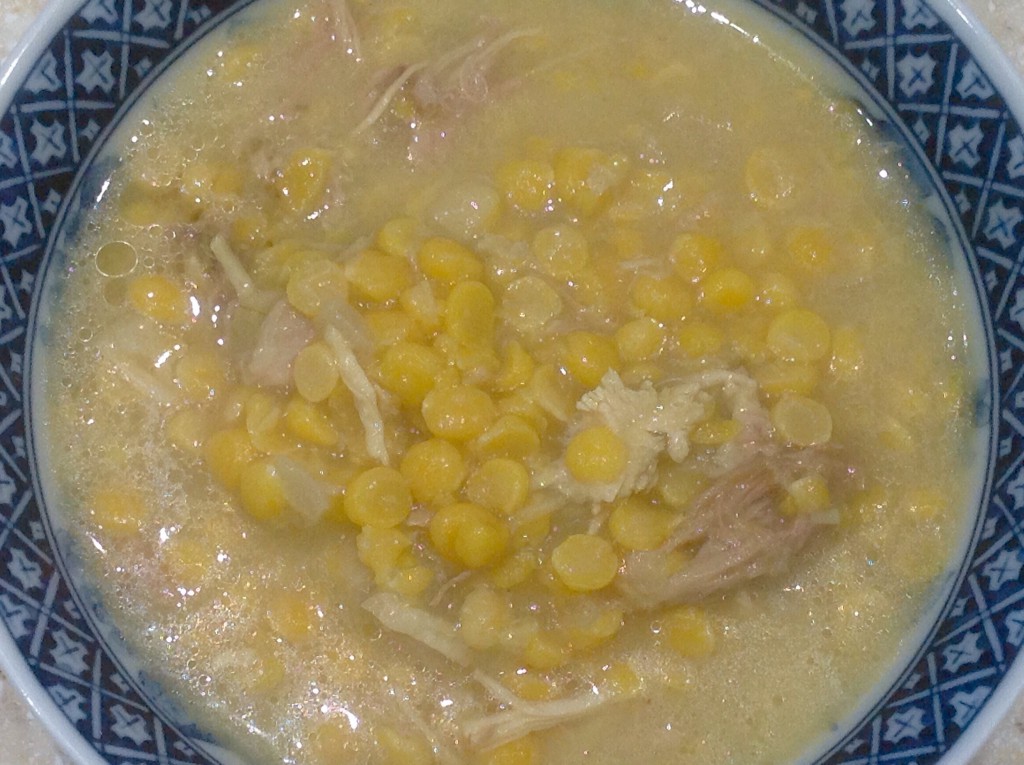 Or in this case, turkey stock. I have made this many times with water and a stock cube and it’s lovely. Made with turkey stock it’s extra delicious. I usually whizz it smooth, but because I had bits of turkey meat in the stock, I left it unwhizzed this time.

I have even made it without the stock cube and seasoned with just salt and pepper.

Simply simmer everything for half an hour until the split peas are soft, then whizz and season if it needs it.

So that’s my two use it ups for today, I’m still on those leftovers! 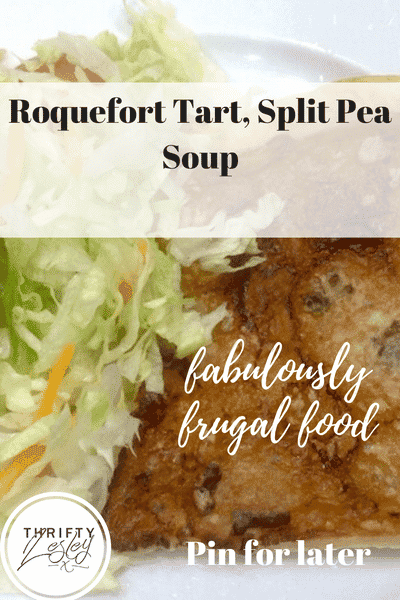