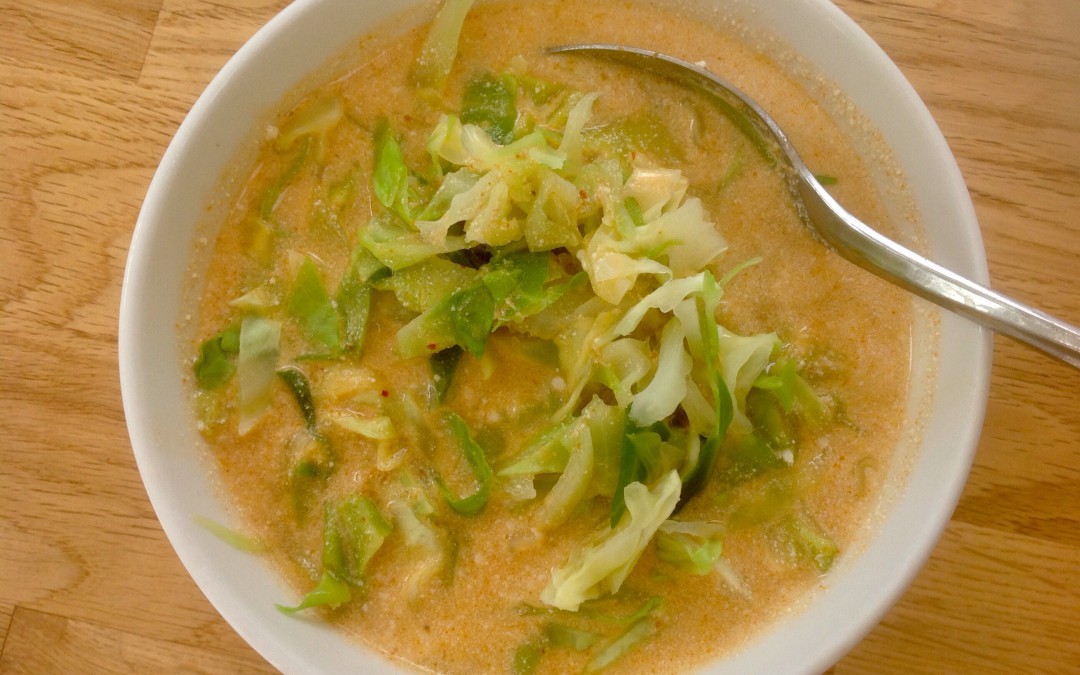 Today is a 5:2 day and I had this gorgeous soup at lunchtime.

I’ve had a look on mySupermarket and the Tom Yum Paste doesn’t seem to be stocked in the supermarkets. I got mine at an Asian shop. Amazon has some at £3.99/400g, Sainsburys has its own version at about £1/100g, so I’ll use that level of pricing. 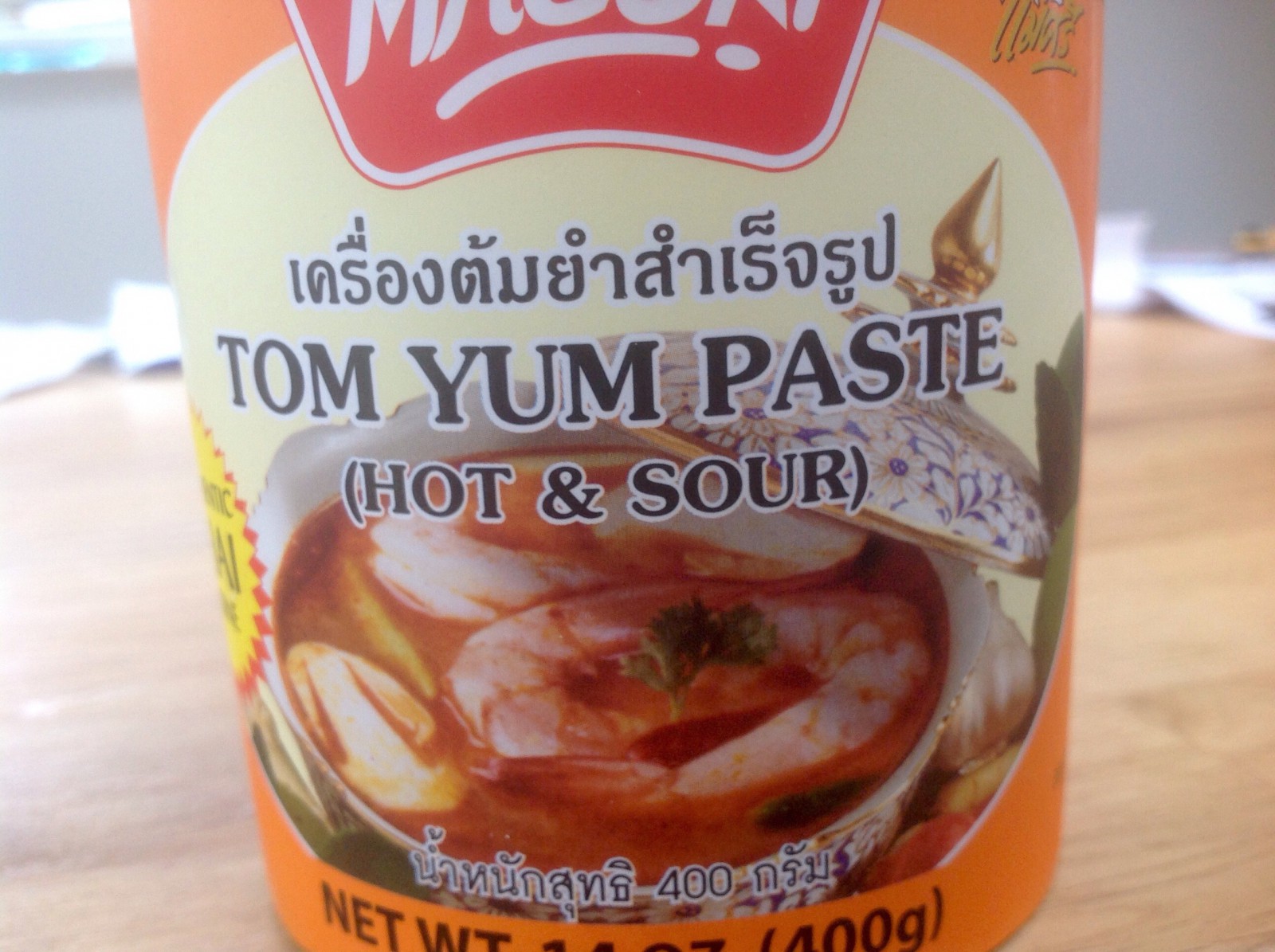 I have priced it using what I had, but at current prices. The coconut milk powder is some from a lot of boxes I got from Approved Foods, very cheap.

If you don’t have coconut milk powder, coconut milk from a tin would be the easiest thing to find. MyFitnessPal reports that 85ml is the same number of calories.

Boil the kettle. Shred the cabbage and cook in the microwave with a tblsp of water or in a saucepan until softened.

Put the paste and coconut in a jug, pour over 250ml (165ml if you are using coconut milk) boiling water and stir vigorously. Put the cooked cabbage into your soup bowl and pour over the Tom Yum. Serve immediately.

The pack says to add a tblsp of fish sauce, but I don’t have any, so just left it out. Do add it if you have any, although then of course, it wouldn’t be vegan if that concerns you.

This makes a filling lunch with a lip tingling spicy flavour, and couldn’t be easier.

You could add all kinds of other things instead of the cabbage. Shreds of mushroom, a few bean sprouts, a handful of peas, cooked chicken, prawns or beef. Anything you like or have in.

In other news, I emptied one of the 8″ pots containing a cut down Pink Fir Apple. The harvested tubers weighed 300g. As I had 20 tubers, and if they all average 300g, that would give me a total harvest of 6kg. I can’t remember now how much I paid for them, but if they were the same price as those currently listed in the catalogue, they were £6.99. Which, at the assumed harvest, would work out to be £1.16 a kilo, roughly twice the price of a basics potato, but a posh variety. Is it worth the difference, and the effort of growing them? Hmmm, not sure. 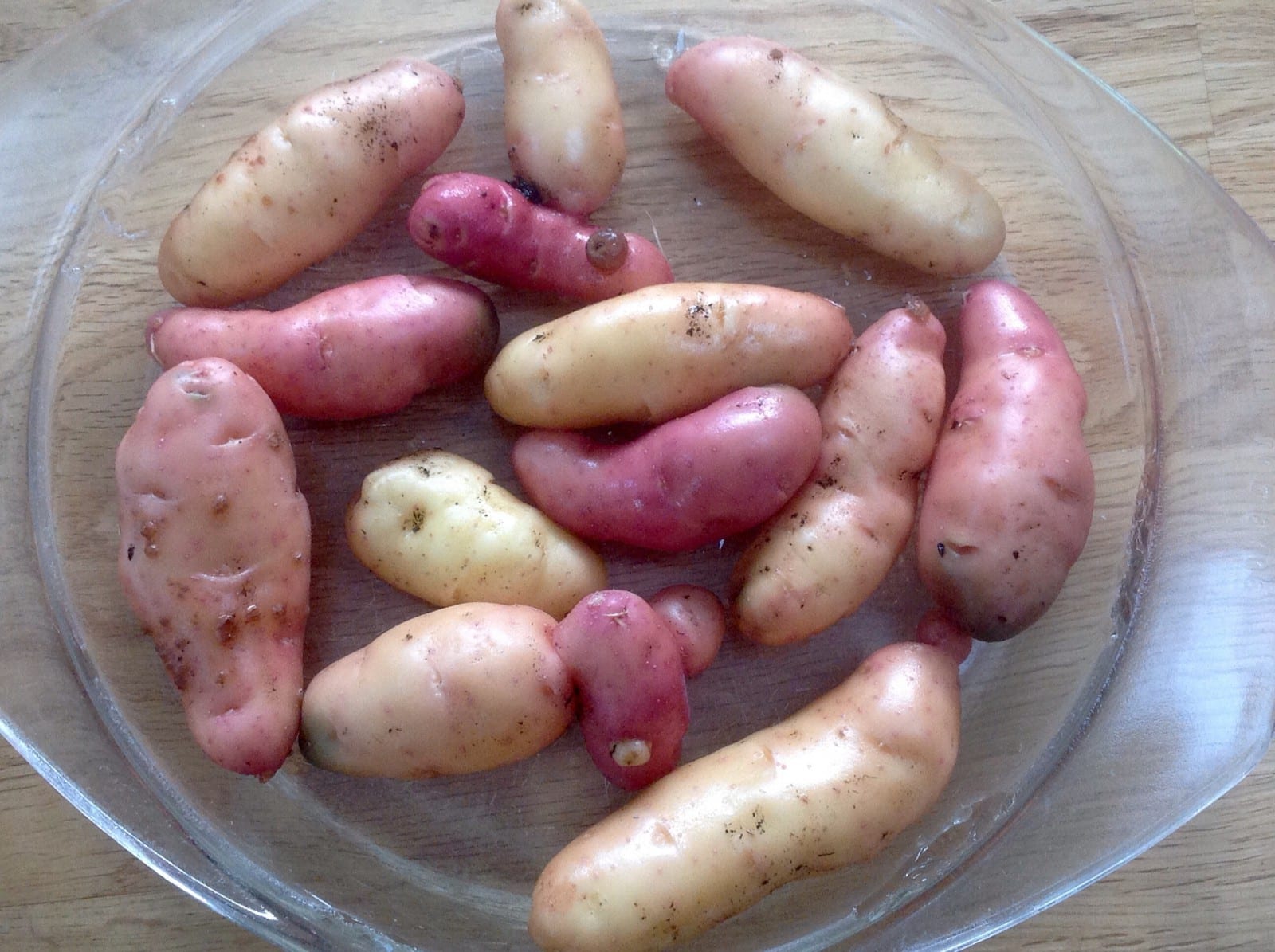 P.S. I couldn’t resist and harvested another pot! They came out to 480g, so a few more. I’ll have to keep track as I harvest them so I can add up the total weight. 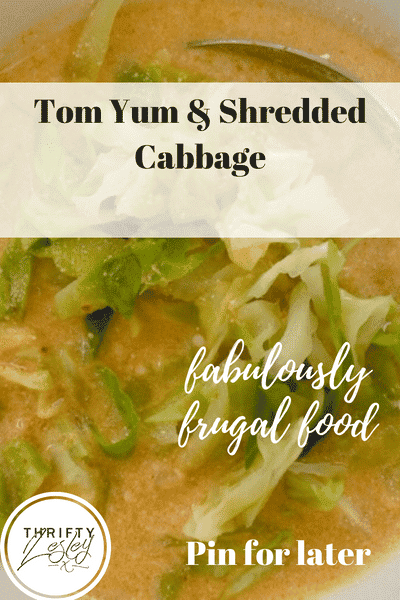